Should these comments from ~ 7 years ago be tidied up?

I came across a useful answer on a question today and while I was there, I read some of the comments underneath. One of them, a reply from the OP, seemed particularly fitting for the 'It's no longer needed' flag type. This was the comment:

Works perfectly!!! Small correction — the second code is missing a quote. echo $_SERVER['REQUEST_URI']; — and thanks!

The small correction referred to was made 5 minutes after the original comment was posted (Aug 28 2012 at 13:51). Beyond the correction to the solution, everything else in the comment can be distilled down into actions:

My flag was declined. I didn't bother flagging some of the other comments on that Q/A which would also be 'no longer needed' because I didn't want to swamp the flag queue.

Just wondering if there's something I'm missing there? As 'Comments are temporary "Post-It" notes left on a question or answer', I'm unsure why they're being left there after they are all well over 6 years old.

Update: Since I initially wrote this, I flagged two more comments (1, 2) on the same post and they were also declined.

I wasn't involved in those, but I did write the answer that was commented on.

I believe that some of those comments add to the answer, and that by removing the previous comments, context is lost. I've found many a useful thing in the comments on stackoverflow attached to an answer, and clarifying comments are sometimes lifesavers. Sure a good comment can be incorporated into an answer, but it's still useful to see the original comment, as well as an alternative or caveat the author might have missed

I also don't believe there is any obligation to clean up comments, unless there's harassment or a violation of our codes of conduct there's no need. If comments turn into an extended discussion the commenters are prompted to move to a chat room.

Additionally, if there are a lot of comments, SE already filters comments initially to those most up voted and most useful. For example: 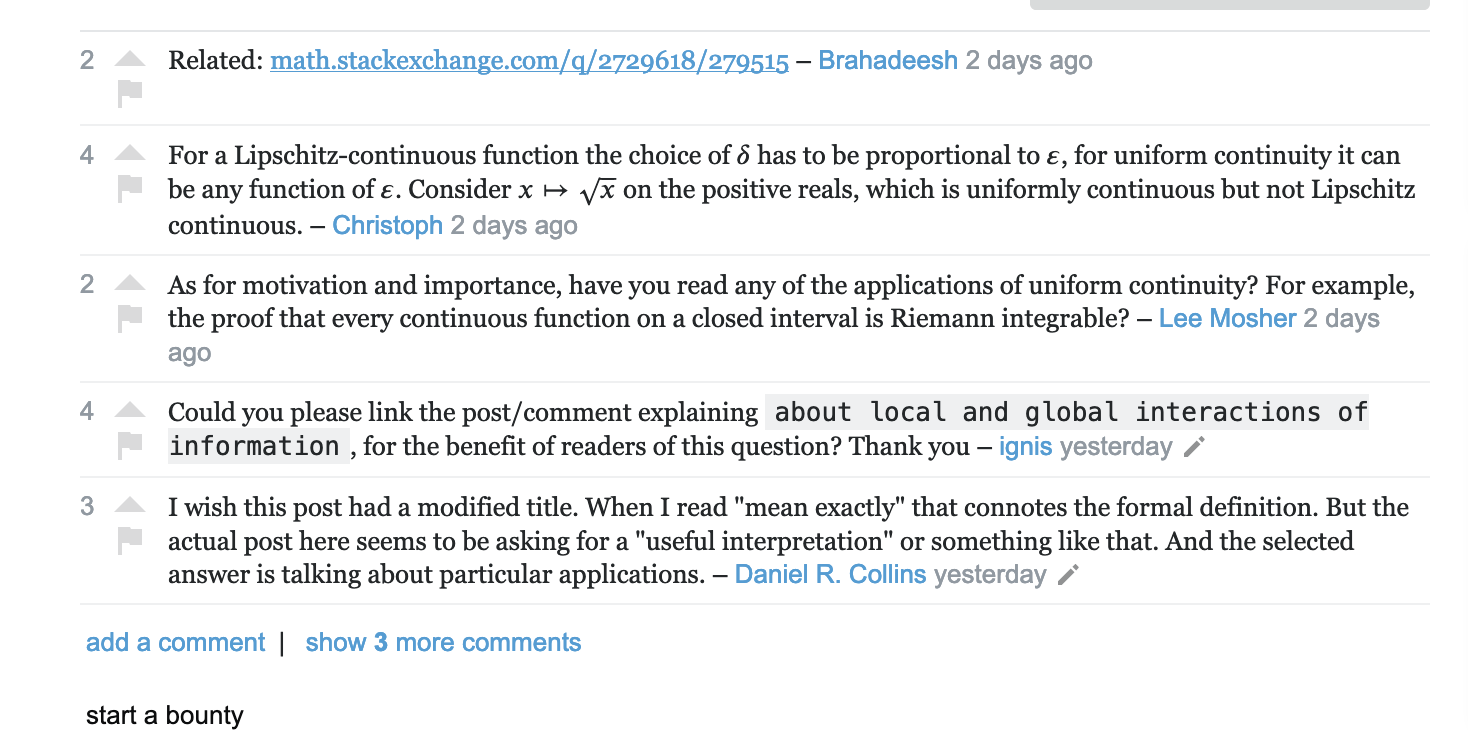 Not the answer you're looking for? Browse other questions tagged discussion flagging .

The Overflow Blog
Featured on Meta

3
Frustrated with Inability to Explain Why Moderated Answers were Deleted
12
WordCamp Phoenix Follow-up
7
How long should we wait before we delete closed questions?
10
What is on topic and what not?
9
New here, can I get some forgiveness for this mistake please?
9
Why are my flags for comments being declined?