Let's be honest, Empire was awesome, but the middle part of a Trilogy is often the weakest. (I'm talking to you, Oceans 12, and Temple of Doom.)

And the community hated my part two in the site renaming discussion.

I still have some reservations that "Wordpress Development" won't make the scope of the site totally clear, but the truth is that no title will.

And it is a lot clearer than the current one, and I've failed to provide a better alternative. More importantly, it's what the community thinks fits best.

So, we're re-reversing our position out of respect for the community's views.

We will change the main site header to "Wordpress Development."

And we'll count on you to make the site welcoming to new users who can contribute, including the minority who may not think of themselves as "developers," but are dealing with legimate, WordPress-specific code problems as they build out their websites.

Caveat: Design changes (which this is) are a significant bottleneck at the moment, so the actual change will likely take some time.

We may try to include a subtitle, although there are some design constraints that could kill that. If we do, does the following look good, and if not, how would you adjust it?

First - YAY! I know that site naming has always been sensitive issue for higher powers and I am very glad community managed to communicate and convince you of our strong stance on the name. Hopefully no hard feelings on some rowdy worded points in the process. :)

So my loose edit would be:

Maybe you didn't do a good job in between Part 1 and The Sequel, but I just want to acknowledge (and thank you for) all the time you spent on this. Time spent discussing (internal and here on Meta), time spent examining what is, why that is not what the site needs, what might be better, what might be worse in turn.

And last but not least: Thank you for giving in to (or to be more precise: believing in and trusting) the Community.

It is the right thing to do—but it still should be acknowledged.

I personally liked one of the suggested titles that encompassed the entire scope of the site:

It may be a bit longer than most site titles, but it does not stand alone - there are plenty of other sites in the SE network which use longer titles to convey the exact scope of the site.

A title like this would remove the need for a long and somewhat unnecessary tagline - it conveys the site's scope in the fewest words needed.

If there was some trouble fitting a long title like this in the design, an option might be to have WordPress Development on top, big and bold, with and Administration underneath in a smaller font.

(probably shouldn't actually do this)

All I can think of is this. 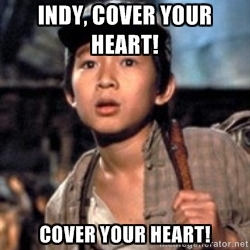 I think it would be ideal, although possibly not practical, for a potential tagline to include theme and plugin development, since they are within WPSE scope, and comprise a significant amount of site activity. So I'll throw this out there, and welcome wordsmithing to improve it:

Q&A on self-hosted WordPress, Theme, and Plugin development and administration

Sorry for asking so bluntly ... but what's the current status here?
On New Year's Eve you wrote that the actual change will likely take some time. That's alright, but how much is this some time?

This question as well as its comments is the youngest proof of how urgent the name change is, or how misleading the current one is.

Disagree with this, as per this topic:

Plugin recommendations are NOT offtopic

This Exchange should be renamed Wordpress Codex, as questions whose subject cannot be answered without referencing the Codex are not allowed in this exchange.

The term "development" as used on here has a terribly narrow scope and is very misleading.

The Overflow Blog
Featured on Meta

-12
Site Name - The (Unfortunate) Sequel
16
Did changing the site's name reduce the number of bad questions from new users?
-7
Plugin recommendations are NOT offtopic
9
SE network ads still use the old site name

5
Graduate the site when 3.1 is released?
7
Are we “WordPress Answers” or “The WordPress Stack Exchange”?
27
Design for the official WordPress.SE site
1
How should we handle unspecific comments linking to the FAQ?
33
★ A better name for our site ★
25
Fixing the new design
2
“Your question should be specific to WordPress” (updated)
9
WordPress Development's updated site theme is ready for testing!