Ask Question
Asked 9 years ago
Active 9 years ago
Viewed 120 times
2
As it currently stands, this question is not a good fit for our Q&A format. We expect answers to be supported by facts, references, or expertise, but this question will likely solicit debate, arguments, polling, or extended discussion. If you feel that this question can be improved and possibly reopened, visit the help center for guidance.
Closed 9 years ago. 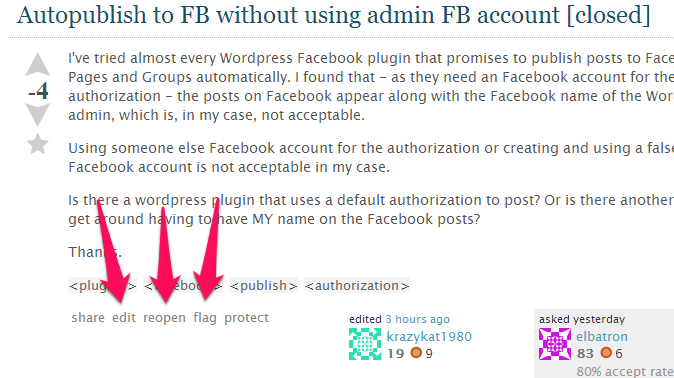 7
How to Deal with Duplicate Questions?
5
What to do when edit is just formating code
0
Can we gift users rep for answering a question that should be deleted?
4
Why there are so many "aggressive" people on WPSE
9
New here, can I get some forgiveness for this mistake please?
3
Why is my question getting voted down?
10
Understand why suggested edit was rejected so as to learn
1
Whether to delete or edit my previously asked questions
8
What's the etiquette for Community-bumped questions?